Nobody can barter with Death.

Johnny tried his hardest: giving his own Death all sorts of options as to how to kill him but with the only proviso that if the option that Death chose turned out to be wrong then Death would leave him alone forever. Death thought it was on to a winner. It had never tried to barter with a human subject before and found it an amusing game. Why not give this Johnny-me-lad a bit of fun, too, just a chance of avoiding Death and befriending an Impossibility called Immortality? Give him this fun, and then snatch it away, with Death ever having the trump card: because only Death could choose how a human died and therefore it would choose an option that would later be fulfilled by the destiny of certainty. Johnny believed in free will, however, even in Death’s free will and consequent fallibility.

Johnny’s wife – Dymphna – was not kept in the loop. Johnny’s big mistake and Death’s good fortune. Johhny had not shared secrets with Dymphna for many years – and a habit extended forever is a habit that by-passes Death – or so went the religious tracts in the only water-tight religion that existed among the gullible race of humans. Not telling Dymphna about his pact with Death was all part of the scheme he hatched. Because he knew Death was a blabber-mouth and would itself tell Dymphna – thus breaking the vicious circle that kept that Impossibility called Immortality at bay. All manner of cause-and-effect and virtuous or vicious circles were at play here. Johnny was no fool. But Death, reading this, had got more and more confused. Until one night – a lucky break for Death – Johnny had a dream that he told Dymphna everything, i.e. that he had bartered with Death and that Death had chosen Mental Breakdown as the cause of Johnny’s own death: a strange choice to make, but Death liked to give itself challenges.

“You can’t die from Mental Breakdown,” said Dymphna in the dream.

“What if I top myself?” said Johnny – in the same dream.

The logic of it was that Suicide was the real cause of death, while the Mental Breakdown itself was merely the Proximate Cause, a term used in Insurance Law.

This put at least nine cats among the proverbial pigeons.

Death did not approve of Euthanasia, of course. And that, coincidentally, was Dymphna’s second name.

Johhny’s still dreaming. A different dream now, with an easy entry doorway from the previous dream that had contained Dymphna, but now a dream with no exit doorway. Perhaps, a prolonged dream of being dead – stretching towards forever forever: a sort of dream that only a rare form of Mental Breakdown in alliance with Sleep could cause. A concept beyond the scope of any religion ... or political correctness regarding insanity ... or the necessity of Pascal’s wager.

This left Death in the doldrums and Dymphna both married to and widowed by the same man. And me left with no real ending, the worst fate of all.

Death and the Lost Gambit. Titles are always best last.

Posted by Nemonymous at 2:56 pm No comments:

An extract from my real-time review of 'The Mauve Embellishments' by Charles Schneider (Passport Levant 2011) here.

“Yes. He had heard a fragment of a rumour many years ago at a slide collectors convention in Blackpool.”

Blackpool, or Menton? Seriously, I’m sure I’ve now reached a genuine Weird fiction classic, as if I’ve been led craftily towards this story by the previous ones so the shock is processed to the fullest. The obsession of collecting, to the point of not even sharing the primest item in the collection with oneself! Collecting and death in symbiosis. The secret of parthenogenesis reached but only for those of us who can ‘gestalt’ the twin paintings or illustrative leitmotifs affixed-within-white-space to this text. A rorschach of extreme identical opposites. Clark Ashton Smith eat your heart out. (27 Jun 11)

TO BE CONTINUED
Posted by Nemonymous at 10:12 am No comments:

An extract from my real-time review of 'Link Arms With Toads!' by Rhys Hughes (Chomu Press 2011) here.

But do we ever reach the last balcony? Not according to this story, as the hero protagonist – in a 2oth century East European literature flavour of a mediaeval fable – becomes a cross between the ‘Russian Doll’ hero (my expression not the story’s) from ’333 and a Third’, plus Robinson Crusoe, Lemuel Gulliver, Doctor Who and a solar-systemic Phileas Fogg and ‘you’ or ‘me’ by fictionatronic empathy with an orrery degree in endless imagination…… Indeed, I can’t imagine how big Rhys’ imagination must be to create this insular-picaresque fiction (seriously), but it seems central to some fabrication ‘magic fiction’ that I shall christen here, officially for the first time, ‘fictionatronics’. A fabrication that only Rhys can bring off. Ever chasing the noumenon but thankfully never reaching it because, if reached, it would become less than its unreachable essence. (27 Jun 11)
Posted by Nemonymous at 9:26 am No comments:

"There are things that have to exist but cannot." - from 'The Mauve Embellishments' by Charles Schneider (Ex Occidente Press).
Posted by Nemonymous at 7:48 pm No comments:

…is The Horror Anthology of Horror Anthologies so as to describe the plots of the Horror Stories that all centre around unreal Horror Anthologies that are real books for the unreal protagonists in the stories.
It is not intended to portray grandeur as a Horror Anthology in itself. If there is a double resonance, it is meant to be a playful one.
With due respect here to the noted Horror anthologists who have served our contemporary Horror genre community so well, like Peter Crowther, Ellen Datlow, Stephen Jones, Karl Edward Wagner …. not forgettting also all the Small Press editors and publishers of varying muscular reach towards the genre’s readership.
Posted by Nemonymous at 10:01 am No comments:

Our planet as reliquary 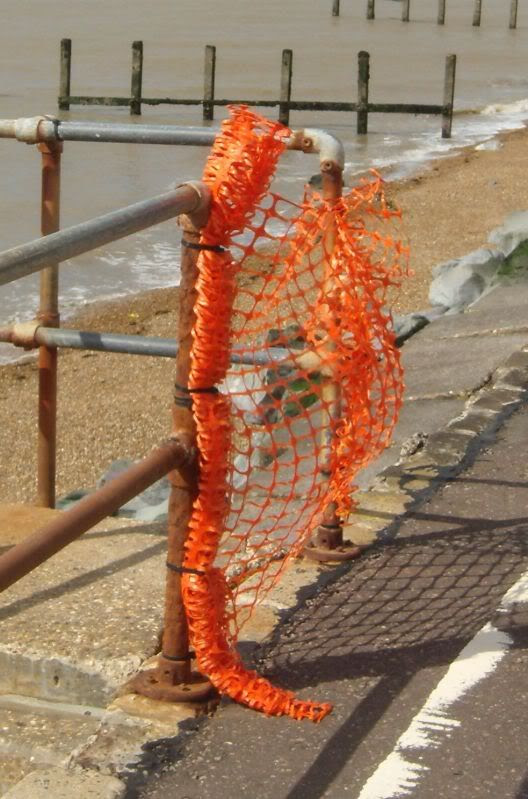 Posted by Nemonymous at 5:09 pm No comments:

Posted by Nemonymous at 7:51 am No comments:

Putting my brain where my mouth is:
NEMONYMOUS NIGHT: 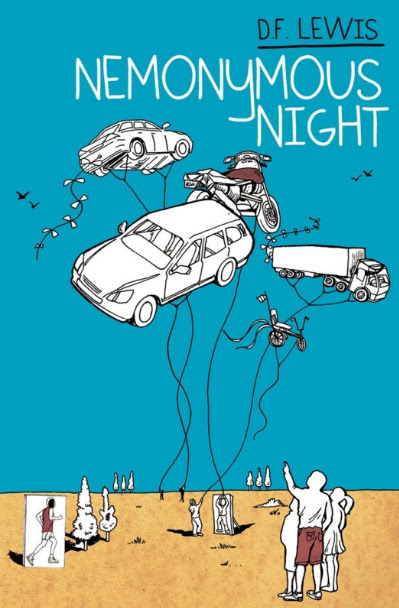 Posted by Nemonymous at 10:19 pm No comments: