Only Sleeping
“Full-faced, however, her beauty was seriously flawed by an odd asymmetry of features.”

…describing a Russian woman as another form of iconostasis… but I am leaping ahead of myself: this is a spooky tale, sometimes self-consciously so or even satirically so, like ‘Lamia’, with all the trappings of a ghost story that would please MRJ fans (and the boy who is haunted in an Isle of Man guesthouse by the long corridor leading alongside his non-ensuite room surely deserves being spooked by reading MRJ stories just before going to sleep!) – but, artfully transcending that feeling of mine, the story is genuinely scary. And the ambiance of Douglas, the Russian woman’s ‘Don’t Look Now’-type bereavement, the decor of the guest house, with shreds of Robert Aickman or Elizabeth Bowen… Mentions of the River Mersey, of beams in the rafters as well as beams from a lighthouse, of a “screen” of sycamore and privet, all lend to the symmetry/asymmetry of this book, enhanced by Lowe’s excellent drawings, one with what I saw as a confessional screen like a barred cell or railings around gravestones (here “caged-in tombs“) ….and the dreaded “unconsecrated ground” ie unscreened by God? And the millennium ball toing and froing upon these tides of fiction. This book, I recommend to any reader wanting to be scared. No facelift can relieve that threat, I suggest, from the twisted visage within you or represented by the mask you hide under the normal face, a mask that upstages any talisman of self even if only by dint of ‘superstitious awe’. I wonder if this book is the prime example of what I call ‘ghorror’ (a word I coined recently as a result of a typo, pronounced ‘gore-or’) where ghost story trappings are accompanied by gory upstagings of one’s very soul. But that is just me idly rambling from the other side of the page. Or foolhardily rambling like Bell’s protagonists … to seek some oxymoron of destiny. A fate that is only sleeping. Or slanting from the vandalised past toward you with some mixed hope and despair for the future. (26 Jun 12: 12.05 pm bst)

A Certain Slant of Light
The reviewer in Ely Cathedral: 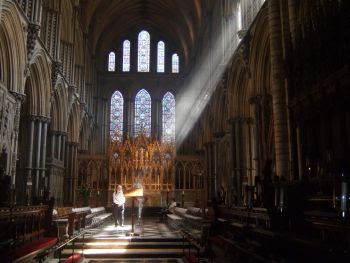 Posted by Nemonymous at 8:01 am No comments: 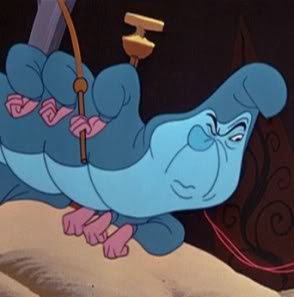 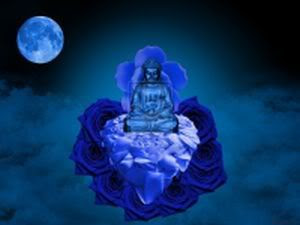 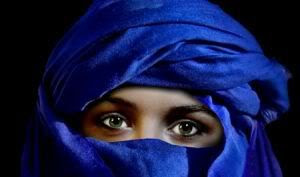 And this is the current Diary Room chair: 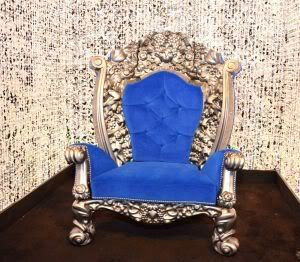 -----------------
Marion wrote: "Conor is a man of few words - so he just keeps repeating them."
Indeed. And when a love-circle was proposed he probably first thought of something else.
Seriously, I think BB stepped over the mark with the entrapment of Adam. Made it more into a voyeuristic hothouse psychological investigation into human behaviour when taken to extremes of personal interaction rather than a Reality TV game which often borders on that 'hothouse', true, but hopefully doesn't cross the line into deliberate manipulative cruelty.
-----------------
Marion wrote re Shievonne: "She flapped them at BB, threw them up in the air, then from side to side, even circled her own head with them - a magician making magic passes. She said she'll be carried out of the house on a stretcher and duly crossed her arms over her chest to symbolise a corpse."
In all the years I've been watching and commenting piecemeal on BB seasons, I don't think I've ever thought to compare the DR to a religious Confessional, with a priest (here BB) on the other side of the grille. With Scott's lengthy meticulous pickings out at his thoughts. Shievonne's eschatology described above. [I coined the word eschairtology recenty, as it happens (HERE in connection with a Reggie Oliver story)!] And I could go on with this analogy!
Like Marion, I have no idea re the unseen backstory of Sara and Luke A.
I think Caroline at one point said that Scott would win this BB season. I'm beginning to think she's right.
----------------
Yes, I forgot Sara is an ultra-Royalist. Ashleigh looks like a frail flower of an innocent abroad, as you imply, Marion, but in nobody else has there been an innocence so subsumed by an inner archetypal Essexisation...and, meanwhile, even I knew that the Queen's dogs are corgis.
I still depend on your reports to set me straight, Marion. Until I read it this morning, I thought last night's show was confusing, mostly inaudible and boring, and I see I was right on the first two but not, retrocausally, on the third!
Conor to go tomorrow night!

CONTINUED HERE
Posted by Nemonymous at 8:23 am No comments:

Excerpt from my real-time reveiw HERE.

“Time grows in all directions, sprouting new limbs and branches.”
I was opportunely listening to Mozart’s Piano Sonata K333 (just finished being broadcast on BBC Radio 3) while I was reading this story. You will know why opportune when you read it. Also the story today has another opportune synchronicity with the Ukraine-Poland Euro Football Tournament with references in this story to Drohobycz (and the England footballers being taken to visit Auschwitz in the last few days) – and synchronicity with the evil things today going on in Syria. Do I dare belittle the story by calling it Whovian? Still, this truly great story has variations on the theme of Time’s Arrow concerning Bruno the Jew and his three pictorial sketches: following a quote from ‘Tempus Incognitum: a small town in Ukraine’ - Berguño’s story being narrated from the ostensible POV of a first person singular Gestapo officer in 1942 and 1983. Fascinating, intriguing, devastating. “…man or woman or child, old or young, just kill for the sake of killing.” (12 June 2012 - 10.05 a.m. bst)
Posted by Nemonymous at 10:43 am No comments: