The fundamental dilemma is that we are all life-insiders. So all we can do is rant and rave. We don't know what it looks like from the outside and that is indeed very frustrating.
Posted by Nemonymous at 5:11 pm No comments:

A Princess of the dark side.
Posted by Nemonymous at 5:17 pm No comments:

The Cat and the Coaster 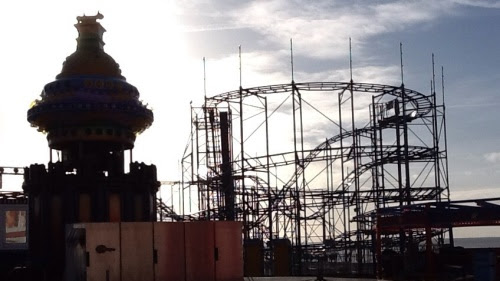 Posted by Nemonymous at 4:34 pm No comments:

from my review of ELEGIES & REQUIEMS (Side Real Press) here. 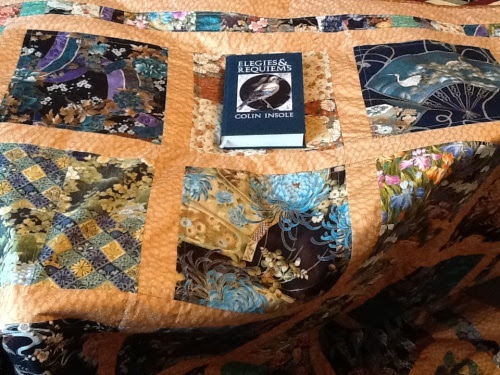 The Bellman
"I too observed 'the bones of the precluded pomp' and 'the dark thing waiting for a soul'."
I normally expect an anthology or collection to end with its own musical coda, something that I'd nod at and say yes we can go now.
Yet, this substantial story is more remarkable than any such considerations - as if we have been merely teased before in this book, and this is the real thing.
It tells of a Museum of Lost London, out-Ackroyding Ackroyd, a story with a central tract of an account of a past pageant of jubilee, an erstwhile 'flashmob' as it were, done with posters. And its recurrence through history. This is major stuff. There is no way I can even give you an inkling of the power of this story, its allusions, its style of descriptions of upper and lower London, its sheer chilling implications, and I'd dub myself the Bellman of this story, nay, of this whole book if I could, but others will clamour to outdo me first. I thought, when writing my review of this story, I would lay into its 'delights' with gusto, lay bare for you its dreams and nightmares, its truths and its (hopefully!) fictions. But it just IS. Read it for yourself. You will never be the same again. And I'd say the same thing for the whole book, too. Oyez, Oyez, come to the dark journey through the forgotten city streets of your own mind and beyond.
As in Apoplexy and Blackthorn, the text if written cannot be unwritten. It creates its own reality. The deed is done. It WILL affect you, come what may. Even if only by what I earlier called object-osmosis. And the style is immaculate as is the construction of the whole book. Visionary and decadent.
And this last story also conveys what Bowen described in one of her novels and some of her stories as her own visionary version of these mobs of her Blitz, her dark crowd shapes and thus she prefigured this story with what she saw coming through the dust and clamour of war, and so does Insole: "And there were worse things we saw in the Blitz. As the city burned, we saw them mocking us from the ruins. The dead didn't come to mourn but to rejoice."

They had met one another, at first not very often, throughout that heady autumn of the first London air raids. Never had any season been more felt; one bought the poetic sense of it with the sense of death. Out of mists of morning charred by the smoke from ruins each day rose to a height of unmisty glitter; between the last of sunset and first note of the siren the darkening glassy tenseness of evening was drawn fine. From the moment of waking you tasted the sweet autumn not less because of an acridity on the tongue and nostrils; and as the singed dust settled and smoke diluted you felt more and more called upon to observe the daytime as a pure and curious holiday from fear. [...]
Most of all the dead, from mortuaries, from under cataracts of rubble, made their anonymous presence – not as today’s dead but as yesterday’s living – felt through London. Uncounted, they continued to move in shoals through the city day, pervading everything to be seen or heard or felt with their torn-off senses, drawing on this tomorrow they had expected – for death cannot be so sudden as that. [...]
The wall between the living and the living became less solid as the wall between the living and the dead thinned. In that September transparency people became transparent, only to be located by the just darker flicker of their hearts. [...]
Posted by Nemonymous at 6:27 pm No comments: 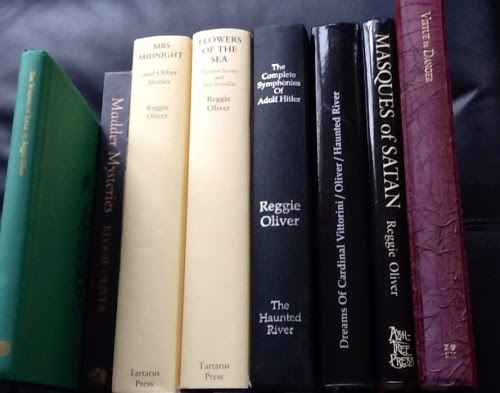 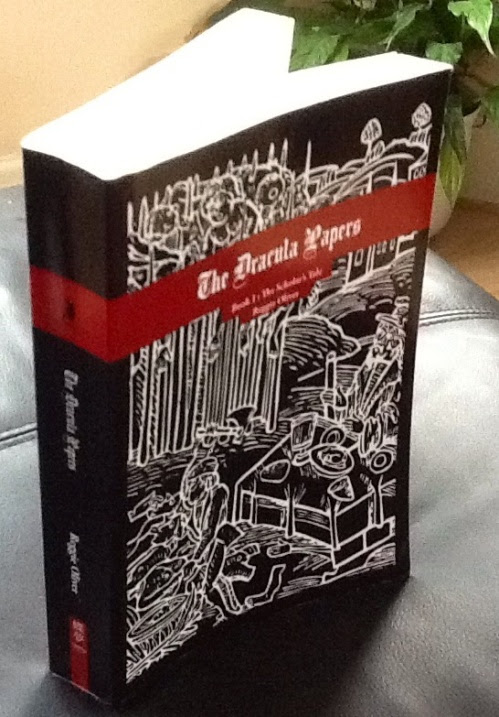 Posted by Nemonymous at 1:15 pm No comments:

I am a sucker for Requiems: Cherubini, Mozart, Dvorak, Fauré, Verdi, Britten, Penderecki and now (and then) Süssmayr’s own. This is what I mean by a Reggie Oliver classic story, one that it is a privilege to read and I am personally pleased to imagine the massed and marshalled audience of this book applauding as it comes to the close of its visionary pattern on the stiff, luxurious paper of the page. It tells of an Englishman who rents a room in Vienna under the room of a bereft Süssmayr who is in turn tainted with a Salieri type bitterness after helping a dying Mozart complete his own Requiem, and seemingly haunted by Mozart’s widow. The English protagonist is as Eric Fenby to Delius who by the end returns to the ‘stone music’ of the Morchester cathedral, which I imagine to be like Lichfield’s.

This story, for me, completes the book’s earlier astrological chart (in ‘Lord of the Fleas’) but inspirationally of death as well as of birth, the precise Epochal moment of each of these two events by charting between them a changing river of astrologically literary harmonics to represent the pattern of the Requiem, a Jungian synchronicity, transcribing a chart-intrinsic series of Blakean passages (not purple so much as golden) fluted through with that ‘riparian spate’, that idea of a river never being the same twice, borne along by the oxymorons of humanity, philosophy, science etc that were first adumbrated by ‘Singing Blood’. And riven by the spirit and music of Mann’s Magic Mountain.

A story that needs to be read and read and read till it gives up all its secrets. Never be impatient with literary works like this one!


Above is an extract from my review of Reggie Oliver's book 'Flowers of the Sea' (Tartarus Press) HERE.

THE UNHOLY WEIGHT OF THE GLIMPSE
Posted by Nemonymous at 4:10 pm No comments: 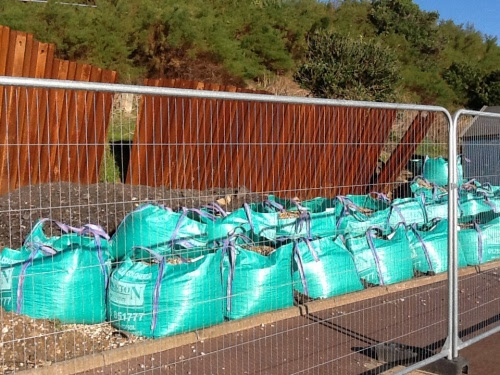 Posted by Nemonymous at 2:04 pm No comments: