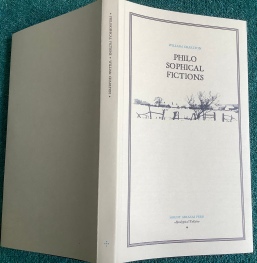 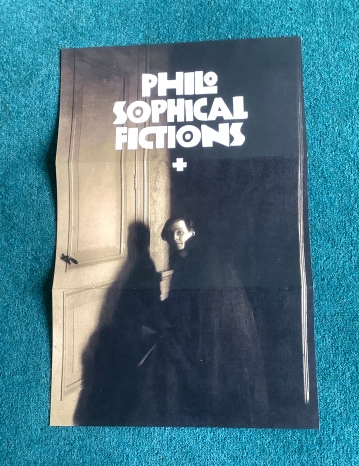 Posted by Nemonymous at 7:56 pm No comments:

The Moon In A Silver Bag – Colin Insole 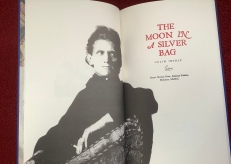 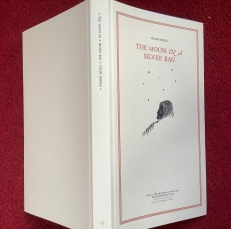 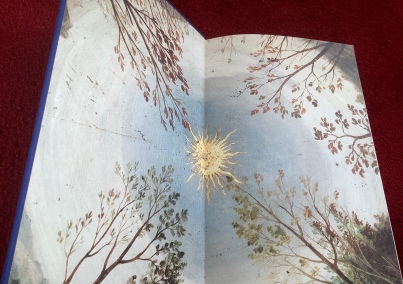 MOUNT ABRAXAS PRESS, Isolationist Publisher, MMXX
The Carnival of the Drowned, plus
Oblivion’s Poppy MMX
Alcyone MMXI
“This Edition has been printed in Six Days in January, MMXXI, at the House of Pareidolia in Bucharest.”
My previous reviews of this author: https://dflewisreviews.wordpress.com/colin-insole/ and of this publisher: https://dflewisreviews.wordpress.com/complete-list-of-zagava-ex-occidente-press-books/
When I read this book, my thoughts will appear in the comment stream below…

6 thoughts on “The Moon In A Silver Bag – Colin Insole”

is a breathtaking work of European decadent and weird literature. Certainly not for those who drink their wine with water.>>I keep my powder dry. I have not yet started it!
This is what the publisher’s website says of its format (and it is indeed a beautiful book): <>
Surprisingly, beneath the above dustjacket, the book’s hard cover clearly shows in large gold letters a different title embossed on its front (there may be a reason for this that I have not yet fathomed) and this is: <>
I am unnumbered. (23 Nov 10)
=========================================
Pages 1 – 14
A Retreat (or Redoubt?) to where humans migrate with the homing instinct of nature’s creatures, accompanied by the astonishing prose music as well as redolence of the immediately prior direnesses in Europe. The Retreat’s Masonic stone guardians, as well as its real unfettered Host, watch the wet arrival of those for whom there had been earlier scavengings continent wide – one a female whose passage by past photograph is facilitated by the telling of it and all others by their earlier coming of it. One reading is not nearly enough. But one reading will suffice for these my initially risky real-time impressions.
“And deep within a cave, near the Wilderness of the Wild Apples, a lynx twitched its ears and dreamed of the wildwood, in the old times, before humans breathed.” (23 Nov 10 – 2 hours later)
===========================================
[It has since become clear to me that the ‘title’ under the dustjacket is not a title at all but a quote! One that I shall comment upon if this seems appropriate when reading the rest of the novella. However, I maintain that it looks like a title in large gold upper-case lettering right across the front. Indeed, with nothing on the spine, if any edition of this book ever loses its dustjacket (as books sometimes do) and then turns up in a secondhand bookshop, someone will pick up the book and may assume it’s THE SEER IS NEVER THANKED by Stefan George. He’ll likely put it back on the shelf without looking inside. After all, he was looking for a book by his favourite writer Colin Insole! That’s not a criticism, but an observation. In fact, I think it’s a clever trick.] (23 Nov 10 – another hour later)
It is contended that it’s ‘obvious’ that it is a quote not a second title under the dustjacket. I may agree with that, using the benefit of hindsight by looking further into the book. But first impressions, at least to this reader, indicated it was a title ‘creatively’ conflicting with that on the dustjacket. Should it ever lose its dustjacket, the design shown below would be the only exterior wording on the book. (24 Nov 11)

Posted by Nemonymous at 7:56 pm No comments: