The Toymaker of Bremen

PEEL BACK THE SKY – a collection of Stephen Bacon stories

The Toymaker of Bremen

"...a silent legion of dolls had been arranged in various positions, handmade humanoid figures..."

[I commentated on this story before: quoted from here: <<“He watched himself in the mirror as he dressed.” - I don’t say this lightly – nor do I intimate imitation, because this story is intrinsically its own story through and through – but ‘The Toymaker of Bremen’ would be a worthy addition to the Aickman canon of stories if it had been written by Aickman. I once said (HERE) that Ligotti fiction = Humanity becoming various Metaphors – while Aickman fiction = Various Metaphors becoming Humanity. And this tale of an English family in Germany (in 1938, with all the story’s growing ’troot’ in the context of that era), the boy Scot Tullis (the ‘t’ in his name erased?) being lost during a rainstorm and his parents’ car breaking down and them vanishing – and him finding himself in the Toymaker’s house with the Toymaker’s children (seven or eight children, I’m still not entirely sure – one of them already erased?)… Well, read it. It is a substantial classic ghost story, I believe, that both stands alone and benefits from the fiction context of the rest of the book. No, that’s wrong. This story benefits the rest of the book more that the book benefits this story. (5 Aug 10 – three hours later)>>] ---- As ever with this book, a Bacon story strengthens by the company it keeps in this book: i.e. other Bacon stories: and there is another almost Hitchcockian appearance in this story of the 'sizzling bacon': leading to some dubious 'pork' later! Something I had not noticed before. Also this story now cleverly represents some inversion of the childhood / parents temporal/dislocatory cross-section of this book. Not a hand puppet this time. But a handmade one.  Memory fading in the real-time of the present by a glimpse of the past in the future, underpinned by the 1938 situation of Germany and Britain. Things I had not noticed before. It remains highly disturbing as to the nature of cool acceptance of 'uncool' dislocatory and dishuman factors as well as of anachrony.  I believe it's the same story, but a new reader. "A coil of steam was rising from the bonnet of the car where it was dissipated by the rain..." (12 Sep 12 - 3.00 pm bst)

This is a photograph I took in Bremen, Germany in 2008 on the way back from my Norway holiday that year: 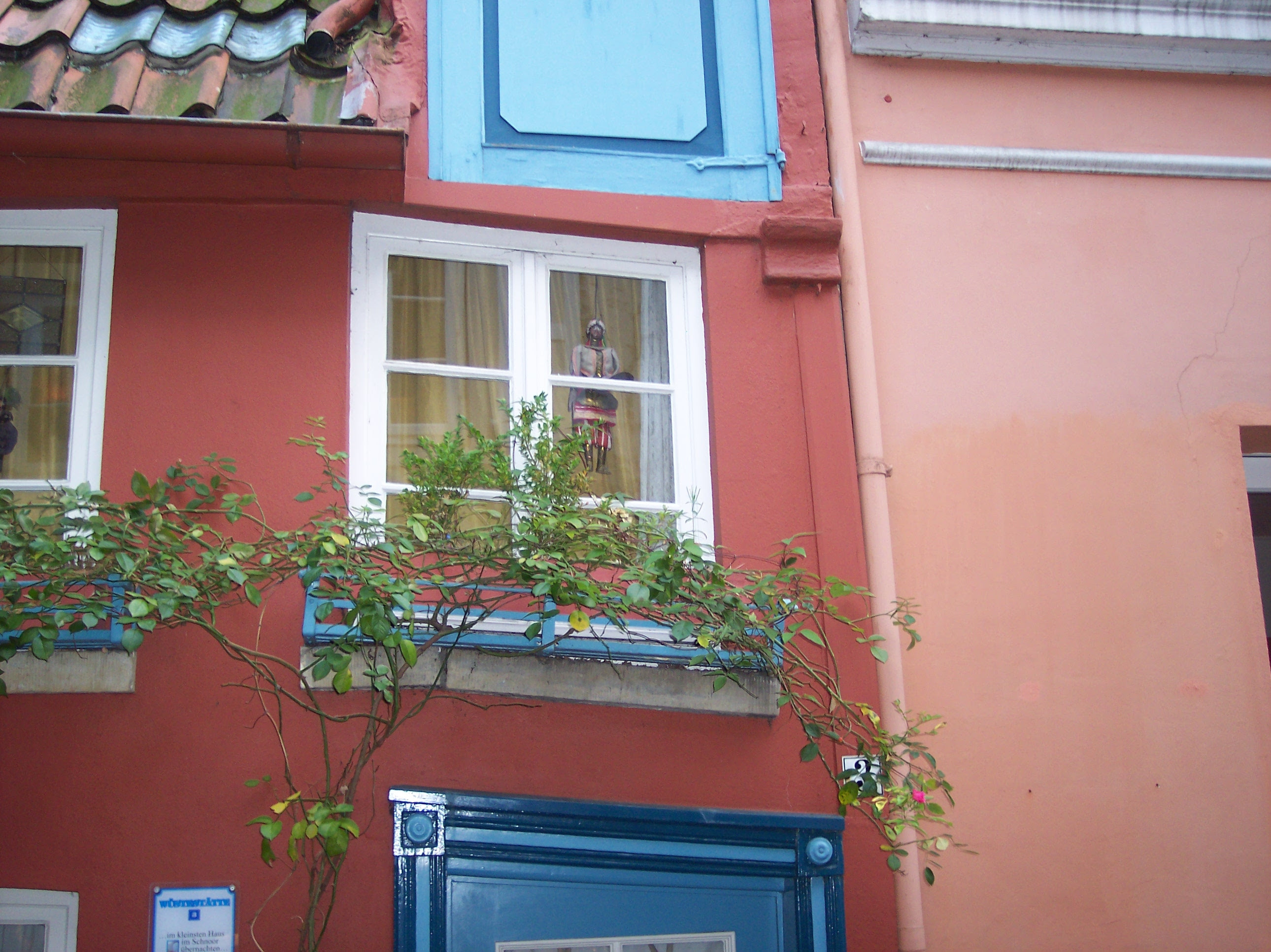 Posted by Nemonymous at 4:14 pm